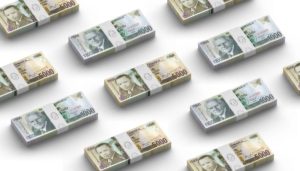 The Financial Investigations Division successfully forfeited the amount of JMD17,175,000 from St. Andrew businessman Winston Graham. In addition to the forfeiture Graham would be responsible to pay a part of the legal expenses incurred by the FID. The order was handed down via teleconference in the Sutton Street Parish Court on Friday, April 9, 2021 by Judge Stephanie Orr. The ruling marked the end of a lengthy judicial process which began in 2012.

Graham’s run-in with the law began on June 7, 2012. On that date Detective Corporal Carol Harriott of the JCF’s Narcotics Division having received certain information, obtained a search warrant under the Dangerous Drugs Act to search a property on Deanery Drive in Kingston belonging to Franklyn Thompson.

Harriott, accompanied by other Constables,  used an unmarked service vehicle to execute the search warrant. Upon reaching the premises a silver Toyota Mark X motor car attempted to exit but was prevented from doing so by them. Two men were in the Mark X – Winston Graham (driver) and Franklyn Thompson (passenger) and following a search of the vehicle in the presence of both men, 10 parcels of cocaine weighing just over 22lbs was discovered hidden in the trunk.

Following the criminal (cocaine) charges being laid in June 2012, Inspector Sheldon Coulson of the JCF’s Narcotics Division obtained a warrant to search Graham’s property in Smokey Vale. Approximately J$17M in cash was found, but Graham could not provide proof of how those funds were acquired. The cash was seized along with a 2012 BMW motor car. Inspector Coulson then contacted the FID to pursue the matter under the Proceeds of Crime Act (POCA). 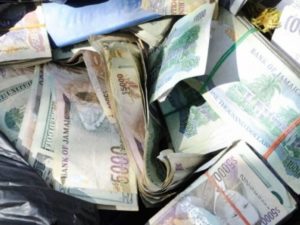 Graham’s trial to have the seized cash forfeited to the Crown began in 2012 but was stalled in 2015 due to a landmark ruling by the Court of Appeal in another case which commenced in court in a similar way to Graham’s – [Application by Inspector Pilmar Powell pursuant to Section 79 of the POCA for forfeiture of cash seized from parties Patrick Spence, KurBitron Ltd. and Frederick Graham].

The Court of Appeal’s ruling was that any cash forfeiture cases which started by ‘notice and affidavit’ had commenced incorrectly and were therefore void. This meant that all monies belonging to the defendant(s) should be returned without further trial.

Acting for Inspector Powell, the FID in 2015 filed an appeal to the Privy Council, which on February 22, 2021 delivered a judgment that overturned the decision of the Court of Appeal and ruled that “the notice and affidavit instead of a plaint and particulars of claim did not constitute a nullity and the notice should be treated as a plaint”. This meant that the filing of a notice and affidavit were not fatal to the case and that the cash forfeiture trial could proceed. 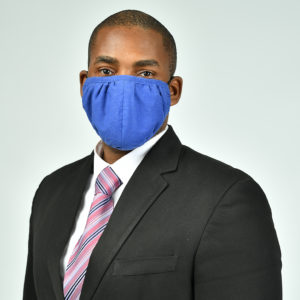 In commenting on Graham’s case, the FID’s Director of Legal Services Courtney Smith said, “this forfeiture case should send a strong message of deterrence to anybody involved in crime or planning to enter a life of crime with the intention of benefitting from that crime. Jamaica has been preparing itself and bolstering its capabilities to deal with criminal activities and the proceeds of crime. State agencies have been working together to reduce the benefit from crime generally.

“Inspector Coulson and his colleagues in the Narcotics Division must be commended for their awareness and willingness to look at several pieces of legislation at the same time. It is clear that where there are breaches of the Dangerous Drugs Act there may also be breaches of the POCA as well. Regardless of the outcome from the criminal charges, the Proceeds of Crime aspect of it can proceed and will usually yield a result similar to what we have in this instance.”

He added, “It is always wise for us to conduct our affairs in a manner that is above board and in line with the legislations which govern our conduct.”