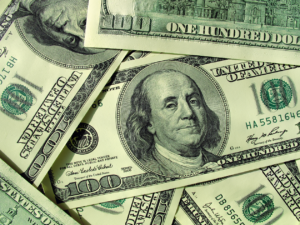 AFL and its President, Peter Chin, were charged with ‘Carrying on the Business of Lending Foreign Currency without being an Authorised Dealer’ under Section 22A (2) of the Bank of Jamaica Act. The charges relate to over 20 foreign currency loans, totaling approximately USD 8 million to various entities.

Meanwhile, AFL, President Peter Chin and Vice President Robert Chin were charged with breaching Section 10 (1) (c) of the Banking Services Act for accepting deposits without the requisite license from the Bank of Jamaica. These breaches relate to a series of deposits in excess of USD 7.5 million over a three-year period (2014 – 2017).

Additionally, AIML was charged with ‘Failure to file Threshold Transaction Reports’ – breaching Section 3 (1) of the Proceeds of Crime Act. This relates to failing to file cash transactions of, or exceeding, USD 15,000 (or its equivalent in any other currency) to the Designated Authority, that is, the Chief Technical Director of the Financial Investigations Division (FID).

In commenting on the charges the FID’s Chief Technical Director Selvin Hay noted, “Successfully combating financial crimes requires collaboration across law enforcement entities and those with prosecutorial authority. In this instance FID, the Constabulary Financial Unit of the Counter-Terrorism and Organised Crime Division (CTOC), the Major Organized Crime and Anti-corruption Agency (MOCA) and the Major Investigations Division of the JCF jointly executed a coordinated search operation at the offices of AFL and AIML. Following an investigation, a thoroughly prepared case file was submitted to the Office of the Director of Public Prosecutions (ODPP). After perusal of the file by officers of the ODPP and several consultations, the ODPP ruled that the charges be laid against the companies and their principals.”

He added, “Financial sector regulators also played a significant role in this case, namely the Financial Services Commission (FSC) and the Bank of Jamaica (BOJ). The FID is actively strengthening the strategic relationships with its law enforcement counterparts as part of our commitment to the country.

Our focus is on deterring the use of Jamaica’s economy for financial crimes, thereby contributing to a stable financial sector and an investor-friendly environment. We remind all financial sector stakeholders of their responsibility to consistently function in accordance with the provisions of various Acts and Regulations which govern their operations. By not adhering to the governing regulations the financial sector becomes susceptible to the movement of tainted funds for which the negative ripple effects are far-reaching. The integrity of our financial sector must be maintained.”

Background
In 2018, a search warrant was executed on the offices of companies within the Alliance network by Personnel from the Financial Investigations Division, the Constabulary Financial Unit (CFU) and Fraud Squad of the Counter-Terrorism and Organised Crime Division of the Jamaica Constabulary Force, the Major Organized Crime and Anti-corruption Agency (MOCA) and the Major Investigation Division.

During the search several financial documents were seized and subsequently analysed by the FID and investigators from the Constabulary Financial Unit. The documents revealed that Alliance Finance Limited and Alliance Investment Management Limited possibly breached Section 22A (2) of the Bank of Jamaica Act, Sec 10 (1) (c) of the Banking Service Act and Section 3 (1) of the Proceeds of Crime Act.

Following a review of the documents by Forensic Examiners of the FID, statements were recorded by officers of the Constabulary Financial Unit and a file submitted to the ODPP for a ruling. Charges were laid by the CFU.