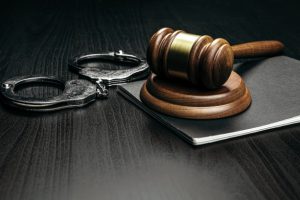 Clifton Williams, the Sun Investments Manager who pleaded guilty to breaches of Bank of Jamaica Act when he faced the courts on May 19, was today sentenced to 12 months’ imprisonment or a fine of JMD300,000 when he appeared in the St. James Parish Court. The cases against his co-accused (Chairman Vernal Campbell and Director Earl Swaby) will not be pursued as Williams confessed to acting alone and without their knowledge in operating the business contrary to the BOJ Act.

Over the period May 6 – 13, 2021 Williams along with Campbell and Swaby were charged for breaching Section 22A (ii and iii) of the Bank of Jamaica Act – buying, selling, borrowing and lending foreign currency without being an authorized dealer.

The charges followed an investigation into the activities of Sun Investments by the Financial Investigation Division (FID) and Constabulary Financial Unit (CFU). A case file was prepared and submitted to the Office of the Director of Public Prosecution which ruled that the men and the company should be charged.

The company, which was registered and started operation in 1994, had its license revoked by the Bank of Jamaica in 2018. The reasons for revocation are tied to running afoul of the rules which govern the operation of cambios under the BoJ Act. Sun Investments primary business was as a cambio; there is no evidence of any other type of financial activity. 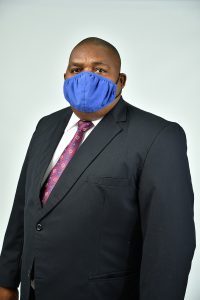 FID’s Principal Director Keith Darien noted, “This case was completed quickly; it took less than a month from charges to sentencing. This is the result of the thorough investigative work done by the FID and Constabulary Financial Unit. We have dozens more cases before the courts and in the pipeline, we will get the results.”

“The FID is committed to honouring its mandate of removing the profit from crime. We continue to urge Jamaicans to be honest in their dealings, obey the law and keep everything above board. We strongly encourage businesses to not be the conduit by which ‘dirty money’ enters our economy; do not facilitate criminals enjoying the spoils of their illicit activities. Do your due diligence and never hesitate to contact the FID if you have doubts or need clarity about proposals which may come your way.”

He added, “A lot of good work has been done by the FID, the Bank of Jamaica and other partners to remove Jamaica from the global Financial Action Task Force grey list. We will stomp out any activity which will prove counterproductive to our Anti-Money Laundering/Combating the Financing of Terrorism regime. Once we become aware of this illegal practice, the perpetrators will be prosecuted.