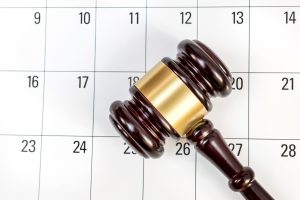 In commenting on the orders handed down by the courts, FID’s Principal Director Keith Darien said, “These cases clearly demonstrate two things – one, the willingness of some Jamaicans to participate in unlawful activities or to facilitate same. Two, the ignorance of some members of the public about the Proceeds of Crime Act; this ignorance may be willful or inadvertent. It is evident that we have to remind the public about POCA and encourage their adherence to it.

Our function at the FID is to remove the benefit from crime. Wherever we gather evidence of a lifestyle being financed by criminal activities and ill-gotten gains, the FID will pursue the matter in the Courts and prosecute to the fullest extent of the law.”

He added, “We congratulate our colleagues in law enforcement for their continued vigilance and awareness to apply POCA charges when presented with certain predicate offences. In one of the cases it was officers in the Jamaica Customs Agency who acted to seize cash under the POCA; while in the other two it was the JCF’s CTOC officers at work in laying the POCA charges while investigating a homicide.

We anticipate broader use of this powerful legislation across law enforcement and as such we invite Jamaicans to shun opportunities which involve the proceeds of criminal activities. Having a criminal record can be a massive impediment to upward mobility; also the passage of these cases through the Courts can also tie up valuable time out of your life, time which you can never regain. Instead, we ask of the public to share information about criminal activities rather than aiding and abetting them.”

Background – Shelly-Ann Hibbert & Omar Jones
Members of the Jamaica Constabulary Force (JCF) Hanover Pro-active Investigations Unit (PIU) conducted operations in Harding Hall District, Hanover on two separate occasions at the premises of Omar Jones,  a Farmer   of Old Green Island in Hanover, on January 9 and 11, 2019. The operations were in relation to the murder of his girlfriend’s brother Leroy “Ziggy” Hibbert.

During the operations a total of JMD204,000 and USD3,522 was discovered. When no satisfactory responses were supplied by Hibbert or Jones about how the cash was derived by them it was then seized pursuant to Section 79 of the Proceeds of Crime Act (POCA). It is believed that the money was gained from lottery scamming activities.

The matter was brought before the Courts and following the conclusion of the trial on February 9, 2022, Hanover Parish Court Her Honour Mrs. Natiesha Fairclough-Hylton ruled that the seized cash be forfeited to the crown.

Background – Michelle Trail
On January 8, 2016, during a spot check along Sea View Drive in Lucea, Hanover a motor car with three passengers including Michelle Trail was signaled to stop. The police requested a search of the vehicle and the passengers during which a brown purse in the possession of Ms. Trail was found to contain JMD350,000 which she was sent via a remittance service by a friend overseas; Ms. Trail also claimed JMD66,070 which was found in the glove compartment. This aroused the suspicion of the police officers that these monies were unlawfully obtained.

Search warrants were subsequently prepared following which a search of Ms. Trail’s and the two other passengers’ premises was conducted. During search of Ms. Trail’s residence, she was asked to declare any cash or valuables which may be found. Ms. Trail declared nothing but noted that the only cash she had was that which was found in the glove compartment and in her purse and that the cash was derived from an event she promoted. A search of a bedroom at her residence revealed USD10,973 and €50. Ms. Trail stated that the money was given to her by her boyfriend overseas. Due to the conflicting stories given by Ms. Trail, the cash was seized under Section 79 of the Proceeds of Crime Act (POCA).

The matter was brought before the Courts and following the conclusion of the trial on February 11, 2022, Senior Parish Judge for Hanover Her Honour Mrs. S. Reid ruled that the seized cash be forfeited to the crown.

Background – Nigel Richards
On October 28, 2011, a Customs Officer at the Donald Sangster International Airport in Montego Bay, St. James conducted a search of luggage belonging to Nigel Richards upon his arrival from Canada.

During the search cash totalling CAD11,040 and USD260 (counterfeit notes) was found hidden among clothing items. Richards admitted to knowing that the US currency was counterfeit; he also failed to supply a satisfactory response when asked why the cash was disguised in the way it was and not declared.

The officer conducting the search theorised that the cash was unlawfully obtained or that it was intended to be used to facilitate unlawful conduct. He then seized the money under Section 79 of the Proceeds of Crime Act 2007. Richards was arrested and charged for possession of counterfeit notes.

The matter was brought before the Courts and following the conclusion of the trial on February 12, 2022, St. James Parish Judge Her Honour Ms. K. Grant ruled that the seized cash be forfeited to the crown.