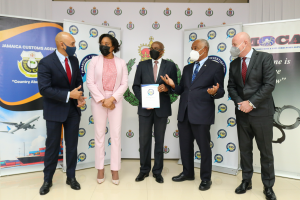 In a press conference held on March 10, 2022, the Financial Investigations Division (FID) and their law enforcement counterparts at the Jamaica Constabulary Force (JCF), the Major Organised Crime and Anti-Corruption Agency (MOCA) and the Jamaica Customs Agency (JCA) declared their commitment to more robustly apply the Proceeds of Crime Act (POCA) in discharging their duties. The hour-long event was staged at the office of the Police Commissioner and broadcast live online.

The FID used the occasion present the heads of the JCF, MOCA and the JCA with Cash Seizure booklets and POCA ‘aide de mémoires’ for their officers and investigators. The presentations were accompanied the announcement of a three-month digital public education campaign dubbed ‘POCA and You’.

The booklet supports officers undertaking cash seizure investigations and is aimed at ensuring that Jamaica is able to adopt a consistent, informed approach in the manner in which it deals with cash seizures and that the best possible evidence is obtained. It contains all of the necessary documentation to deal with an initial cash seizure and is based on those used in other jurisdictions. The ‘aide de mémoires’ assist in making law enforcement officers aware of their powers in relation to the seizing of cash under POCA as well as the key elements of money laundering offences.

Meanwhile, the campaign, which will run from March 15 – June 15, is aimed at raising the public’s level of awareness of the POCA and targets persons most vulnerable to committing breaches. It will also encourage parents to engage their teenaged children in discussions about avoiding a criminal lifestyle.

The event and the presentations marked another step in the FID’s thrust to strengthen the country’s anti-money laundering (AML) regime in the current financial year (2021/22). In the first three quarters of the year the FID signed MOUs with the JCF, MOCA and the Integrity Commission. Signing the agreements meant a strengthening of each organisation’s response to, among other things, (public) corruption, money laundering, organised crime, fraud and financial crime in general. 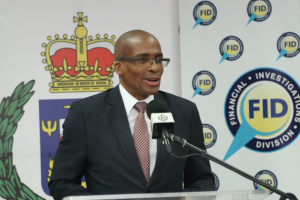 FID
Commenting on the initiative and overall AML thrust, the FID’s Chief Technical Director Selvin Hay said, “It is another public declaration of the FID’s continued efforts to build partnerships and work together in ridding criminals of their ill-gotten gains and as we strive to get everyone in full alignment with the application POCA. Specifically today we are strengthening the engagement of our law enforcement partners and connecting with the public in a more meaningful way, because POCA is about you [the public].”

“Given the strategic drive to increase the use of the Proceeds of Crime Act across law enforcement and other sectors, we must intensify the country’s scope in conducting more comprehensive financial investigations. If we are to enhance our collective capabilities and if the provisions of POCA and financial investigation techniques are to be used successfully and optimally, then it is necessary for all agencies to collaborate in this endeavour. This is a reminder to the nation that wherever financial crimes, or acts of corruption and specifically money laundering, occur, Jamaica’s law enforcement and anti-corruption agencies are ready to act.” 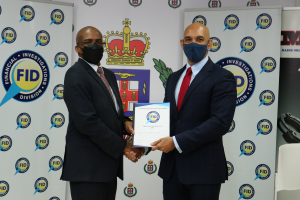 JCF
Hay’s sentiments were strengthened by Police Commissioner Gen. Antony Anderson who noted, “As of today, we will see additional examples of the law enforcement community operating in a coordinated way, to seize the unexplained wealth that these criminals are amassing.

This is just the beginning. Now, through the collaborative efforts of the Police working with the FID, Customs and MOCA, you will see more assets seized, and you will see criminals forfeiting their ill-gotten gains. Let me serve notice today: WE ARE GOING AFTER THE MONEY!”

He added, “The criminals we are dealing with are not poor, unattached youth who are hungry and destitute; far from it. These are men and women who have made a conscious decision to pursue a life of crime and violence. They are amassing considerable amounts of wealth and they are using that wealth to purchase GUNS, hire GUNMEN and support GANGS.

The good news is that YOU, the public can support the strengthened partnership. We all can improve collaboration. If you KNOW something, SHARE it! Criminals thrive when good people decide to do nothing to stop them! So, we are going after the money, but feel free to direct us to where to find it.” 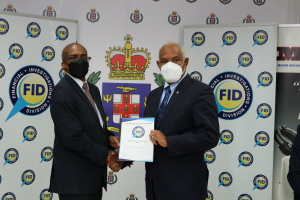 MOCA
MOCA’s Director General, Col. Desmond Edwards, warned persons with criminal intent, “As a key agency tasked with targeting the movement of illicit funds by identifying and dismantling Jamaica’s major organized criminal networks, MOCA plays a pivotal role in the application of the Proceeds of Crime Act by partnering with entities such as the JCF, the FID and the Jamaica Customs Agency.”

He continued, “Today’s activities demonstrate the latest step in the development of a strong alliance between us here at MOCA and our JCF, FID and Jamaica Customs partners. We are also sending a strong message to criminals and criminal organizations that we intend to be aggressive, courageous and committed in our efforts to curtail the proliferation of illicit funds and other financial crimes, but we cannot do it alone.  The accompanying “POCA and YOU” Social Media Public Education Campaign will elicit the support of you, the public, in our fight to defeat major organized crime and money laundering networks. Our success depends on your support.” 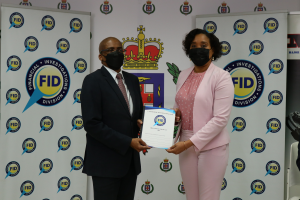 The JCA currently provides agency functions for the FID in keeping records of persons who travel through our international airports with significant amounts of cash, which were either voluntarily declared or not declared.  This enables the FID to track the movement of cash and to also maintain a record of individuals involved in the transportation of cash.

She strongly noted, “We will continue to collaborate and partner with our various enforcement agencies, including the FID, as together, with our various resources and capabilities, we will seek to stamp out illicit activities.

The Jamaica Customs Agency has waged war on persons and criminals seeking to use the channels of trade, as an avenue to further their illegal or illicit activities.’ Therefore, be warned, the JCA remains vigilant and will leave no stone unturned, as we continue to enhance our border protection capabilities.”