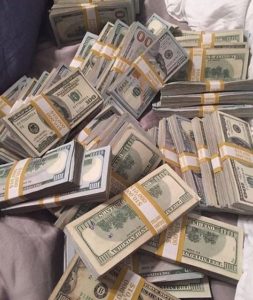 February 12, 2021 Kingston, Jamaica: The FID is reminding the country that the use of the Proceeds of Crime Act (POCA) will continue to be applied where it can be determined that convicts have financed their lifestyle through criminal means.

The FID’s Director of Legal Services Courtney Smith said, “Oftentimes the predicate offences for which persons are charged are only the tip of the iceberg; there’s more beneath the surface. We have discovered that defendants, many times, are a part of a criminal network or under the control of a mastermind, whose identity they cannot reveal for fear of reprisal. In other cases we see where they’ve tried to legitimise their ill-gotten gains with the assistance of other persons and/or businesses.”

Smith’s comments came following the recent case involving Ewart Fowler, a 54-year-old business man from St. James, who was ordered by the Court to pay over J$11M to the State within six months following his conviction on drug smuggling charges.

Fowler’s trouble with the law started on February 7, 2014 when he and his wife were about to board a flight at the Donald Sangster International Airport destined to Canada. The couple was intercepted by members of the Jamaica Constabulary Force attached to the Transnational Crime and Narcotics Division (TCND). A detailed search of both persons was conducted which revealed that they were transporting cocaine wrapped in transparent plastic in concealed compartments under their outfits.

A secondary operation was conducted on the same day at their place of residence during which a refrigerator was searched and three parcels of cocaine was found along with local and international currencies (US$1,000, CAN$1,400.00 and J$28,000.00). The value of the cocaine from the airport and the refrigerator was estimated at approximately J$5.3M. The Fowler’s were charged with Possession of, Dealing in and Attempting to Export cocaine.

On Friday April 1, 2015, Mr. Fowler accepted responsibility for the full weight of the drugs and pleaded guilty to all charges and was sentenced accordingly. His wife was freed.

In July 2015, the FID made an application for a Committal Order for Fowler to be committed to the St. James Circuit Court for a benefit hearing pursuant to Section 5 of the POCA. Forensic Examiners calculated Mr. Fowler’s benefit to be JA$14.9M. This amount challenged by Fowler’s defence counsel who also claimed that he was a mere courier of the drugs and therefore  did not obtain a benefit from the value of the drugs.

Having heard all submissions in the case, Chief Justice Brian Sykes ruled on January 26, 2021 that Mr. Fowler benefited from his general criminal conduct in the amount of JA$11.8M, noting that an amount of approximately J$3.1M represented legitimately earned funds from Mr. Fowler’s business.

As allowed by the POCA, upon the application of Mr. Fowler’s Attorney, an extension of six months was granted by the Court for this sum to be paid. In the event of failure to pay the sum within the specified time, Mr. Fowler is liable upon conviction to a term of imprisonment not exceeding 5 years. Following which he would still have to repay the entire sum plus any interest accrued.

FID’s Smith added, “Please be reminded, there are serious implications for all involved. Your best bet is to stay on the right side of the law. Crime does not pay, it’s very expensive. Under the Proceeds of Crime Act, you had better beware. It doesn’t end when you serve your term of imprisonment or pay a fine. Your assets will be next”.